In this section you’ll find information regarding the people, culture, and physical plant of our company. If you want to know where we’re located, or simply what makes us tick, just follow the provided links for more information.

It’s extremely important to us that our clients know whom they’re doing business with. Once you take the time to find out what we’re all about and read our bio’s, we’re confident you’ll like what you see.

Find out More About Our Staff Below… 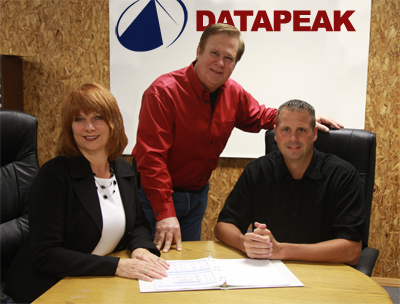 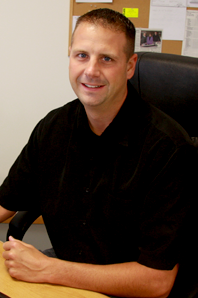 Jason Schwinck grew up in a computer world. His father was a computer programmer and at an early age Jason was computer literate, proficient in most Microsoft applications and many others.

He founded Datapeak in 2000 and proved himself to be a responsible business owner. He is credited for it’s growth and profitability.

Before founding Datapeak, Jason spent five years working for other companies who trained him to be a top-notch Database Manipulator. He is skilled in all aspects of database management and is also an expert in building and repairing computers. 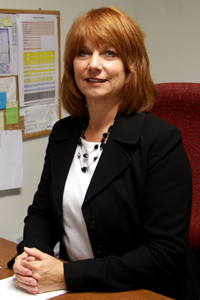 Patti graduated quite a few years ago from the University of Nebraska School of Journalism with an emphasis in advertising. She began her career selling advertising and eventually ended up with a real estate license.

In 1995 she began a journey of marketing her own companies. For Patti, Datapeak has been the best experience of all. She is responsible for seeking out new clients and maintaining good client relationships. Patti represents Datapeak in the community and is involved in the Lincoln Chamber of Commerce, the West O Business Association and other community organizations and projects. She feels that community involvement is imperative to the success of Datapeak and a healthy Lincoln economy.

In her spare time, Patti enjoys oil painting, her health club, raising flowers and plants and above all considers herself a gourmet cook. 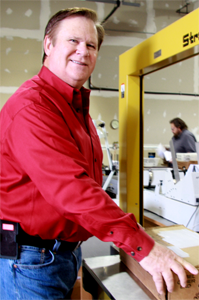 Tom Yaussi never dreamed as a young commercial banker in the 1970’s or a CFO in the 80’s and 90’s that he would be trading in his business suit for a pair of jeans and learning a whole new industry associated with MAILING. Tom is Datapeak’s CEO and production manager. He has enjoyed his leadership roll and the dynamics of growing Datapeak. The daily issues of owning and developing a growing business has created numerous challenges which Tom has enjoyed conquering.

Tom is looking forward to the day when he can once again spend time in Canada fishing and sneak away for a warm winter vacation.

Do you have a new project ready for production? Needing to reorder a job we have on file? Do you have an idea you need us to make a reality? Whether you're still sketching on a napkin or have camera-ready art on disk, we can help with the next step.

We want to hear from you!